Letters from Renée: You Are Born in Loss 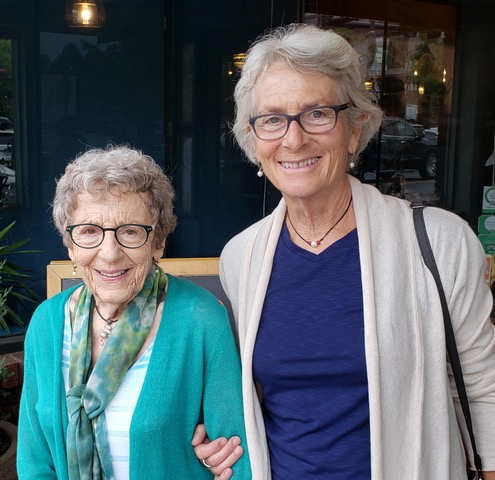 I asked Renée to write about loss for the month of November. I wanted to hear her take and get a sense of how she views loss. But after Renée submitted her essay, we went back and forth via email. I was concerned that the essay read like the life of a woman who had only experienced loss, not joy. Our correspondence is something I always look forward to because Renée is direct and knows what she wants to say. Here is her response to my comment:

“Indeed, I have no fears nor regrets. Loss is just a part of life and in my case it started earlier perhaps than in an average middle class baby but surely not unknown. Loss has accompanied my days and years of life but so have other things. Life is full of themes, of streams, of contradictions, of complexities.  This particular essay is about my losses, as I see them and as I experienced them. Period. One facet of my life as I look back after 94 years of living it.

I like the ending and feel it is the correct resolution FOR ME.  I do not have Hollywood endings.  I do plan to die, to be done when I die and that that is a resolution which some people do not find satisfactory but your blog is for diversity of experiences by women over 50 as I think I remember. If it comes as a shock, that comes as a surprise to me.

I am not despairing. I am tired a lot of the time but that is more from emotions which I cannot resolve concerning my husband whom I do not want to leave alone. I am more ready to let go than he is.  He is actually completely content with his life and that is beautiful to see. To answer your question: I have always lived in the midst of loss.  That is a normal life. We are surrounded by joy and by sadness, by good and by bad, new born babies and dying grandparents. Life is gain and loss all tangled up and coexistent.” ~Renée

You are born in loss.  You leave that nice warm cuddly space inside your mother with a gigantic effort on her part and you scream in anger to be expelled out into the world thereby losing your home the first time.

In my case, that story repeats itself over and over again until, finally – well, almost finally, I am waiting to be gently lifted out of my geriatric surroundings from light into eternal dark.

I return to my reference in the above paragraph concerning the repetition of loss which coursed over my life and gave it its pattern. I see a repetition almost like a knitting pattern. The pattern criss-crossed my entire life by means of its heavy contrasting  textured thread.  The tapestry I wove with the help of my parents and later with other weavers and knitters, was repetitive and spelled losses across the entire canvas. Think dropped stitches, patterns disrupted. Difficulties picking up the threads.

I lost my mother when she left us behind to follow her lover three years after my birth and thus I began a life of loss as I experienced it. After my mother left, my father for different reasons, left the country as a victim of Hitler politics and again: I experienced that departure as loss. This second loss became a loss of home, a loss of language, a loss of meaning. Not to be understood by me. And no explanations were ever offered.

From Germany to England, from german to english, from two parents to one.

I began my search for women who might like to mother me but never found one. Instead I found many different women all through my life who took me on or who refused to take me on but who kept me in friendship.

The big loss I experienced from that variety of settings was the loss of my name and again, I have never recovered a sense of myself with a given name.I was given my father’s last name at birth, years later I took my mother’s name in an effort to fit into her reconstituted household. Later still I again I took another’s name, this time my first husband’s.

Later my second husband’s.  To complicate the loss of family name I also changed my first name having wanted to fit into the ambiance of my classmates in Los Angeles. At fifteen I did not wish to stand out as the new student with a name no one could pronounce.

I find myself looking in the mirror and vaguely wondering why I am looking so carefully at my face.  I suspect I am wondering who I am. Am I wearing the right name tag? The one I need  today? Which language am I speaking today? which language goes with which name? I am confused. I have lost myself in some sort of confusion.This is not meant to be amusing.

I speak three languages more or less equally well but each one has its world and they cannot be confused or scrambled since the people around me usually speak only one, at best two of the languages and I would be looked at most quizzically if the inappropriate  one, inappropriate for this setting, came out of my mouth at this moment.

You may think that I have gained, that I am richer with a handful of languages but no: this is loss.This is loss of self. Which one of the speakers is me?

Somewhere inside there is a 94 year old woman who is still a wife, still a mother, still a resident in an old age home, still an old married woman with a husband who has become an enigma to her in his demented condition whereas he used to be my best friend, my beloved other half. At least I am no longer a daughter. My mother died when I was sixteen, my father died when I was 22 years old. I am no longer a working woman who loved her work and who earned money and wrote and published bits and pieces, had friends, had a car, had houses in Germany, France and in New England. Had a glorious garden, cooked wonderful food, entertained people in all languages, kept a house open for anyone who was looking for an open door.

All that is gone. Yes, I could call that loss but it is not really sad.

It is appropriate. Those losses are part of life’s trajectory. They are what life is about and they have an expiration date and my life has long outlived that date. The loss of myself is more difficult to withstand. Where have I gone?  Where am I hiding, hiding from myself so that I have troubles seeing myself in this diminished shape, this person who still sleeps and eats  and  makes her bed as well as her own breakfast, lunch and dinner, who still keeps her husband company and sees some friends but whom I barely recognize.

Outside the entrance door of this residence death is waiting to take me away into that darkness, into the final loss.It will be over, that space called life and I will go gently into that long shadow on the lawn, indicative that suns go down and darkness is about to pass, as Emily Dickinson so beautifully said.

“Letter’s from Renée” is a column that will represent the introspective and profound writing from Renée Levine who is 94 years old. Renée will add her voice to our community from time to time. 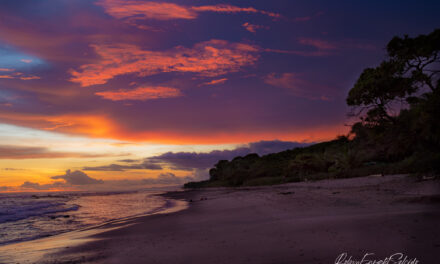 Grief Support For Friends: Your Words 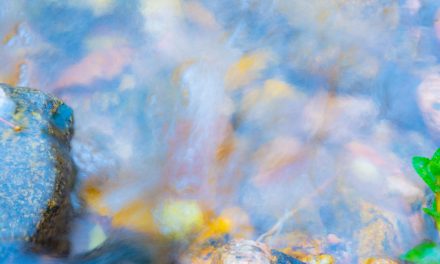 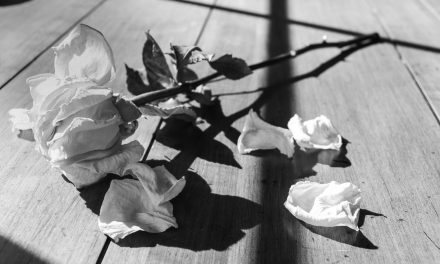 My Body Has Messages

Letters from Renée: Passover in the Time of Coronavirus