A Life in the Balance: One Woman’s Struggle with Opiate Addiction 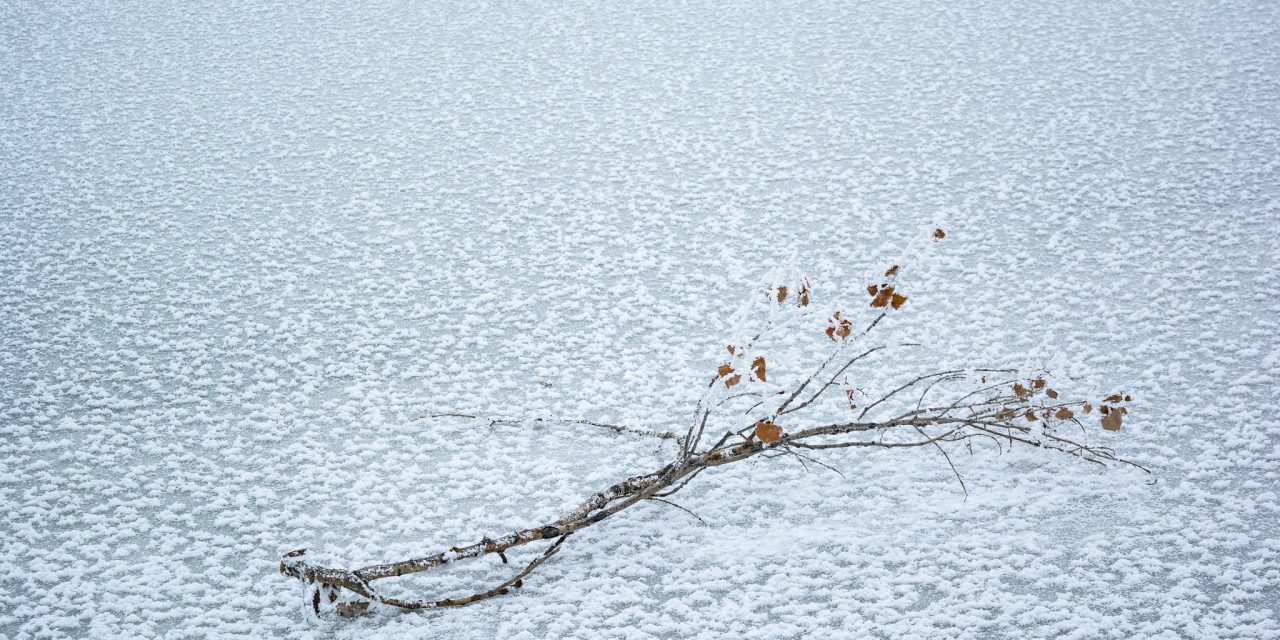 “And this is how I overdosed, on some poor-quality pill I found online with a fentanyl hotspot. I was getting ready to go to the gym, and the next thing I knew I was on the floor surrounded by four firefighters and my very worried husband.”

To most people in my life, I seemed like a completely normal middle-aged woman. I had a solid job as a senior editor for over 17 years, a wonderful husband, a gorgeous, smart, athletic son, a house we owned, and two electric cars in the driveway. We traveled around the world, spent our summers camping in the gorgeous Colorado wilderness, and were avid fitness enthusiasts. But I held a secret that no one knew about for over 30 years: I was and am a drug addict.

I am a reluctant member of the opioid epidemic that is currently ravaging our country. I cannot claim that I accidentally got addicted after a surgery or injury and a much too-generous prescription with refills. No, I had been seeking these drugs from a very young age.

I grew up with a loving family, but after two traumas and no outlet to express my pain, I learned to shove my emotions deep down. This solution didn’t work for long, and often these feelings would find their way out in debilitating episodes. I was desperate to find a way to eliminate the pain, and I soon found a way with drugs.

My father was a doctor, and we had large bottles of cough syrup with codeine under the sink, and I would take large swigs from them when I was seeking relief. I loved the warm, calm feeling I got from opiates, and best of all, my pain would disappear. I knew this was my solution, and soon drugs became my savior. I used whenever I could find them, raiding bathroom cabinets and forging prescriptions off my father’s Rx pad.

My addiction caught up with me a couple times, and I got arrested twice for forging and altering prescriptions. I remember quietly crying in those jail cells, cold and alone without my glasses and shoelaces. I was slapped in the face with the reality of where my addiction was leading me, and I felt completely alone. I was so lucky I never had to serve time, just probation, which I can only attest to my white privilege.

I stopped using when I got pregnant and was nursing, swearing to never pick up again. But after suffering three miscarriages and an emergency C-section for an ectopic pregnancy, I soon was seeking solace again. As a lifelong sufferer of migraines, I had my “in” to pain management and got officially legitimate prescriptions. I looked younger than my age, and as a white woman with a slender build, no one suspected anything nefarious.

I kept my ever-growing prescriptions to myself, hiding my use from my husband, friends, and coworkers. I was incapable of sharing what I was going through – my shame was so great I couldn’t let anyone in. I knew I addicted to these pills, but I just didn’t care. I needed drugs to work, to cook and clean, to socialize… to live. Even though I had a huge prescription for an extremely strong opiate, Opana, it soon wasn’t enough to last me through the month. Because I was too naïve to find a dealer, I soon turned to the dark web to supplement my prescriptions. By this time I was snorting the pills to get a stronger, quicker high.

And this is how I overdosed, on some poor-quality pill I found online with a fentanyl hotspot. I was getting ready to go to the gym, and the next thing I knew I was on the floor surrounded by four firefighters and my very worried husband. I was devastated and full of shame. My husband had found me, pupils pinpointed, barely breathing. I had been given two doses of Narcan and rushed to the emergency room.

I remember lying in the ER, making up excuses as to what happened. I accidentally had taken an extra prescribed painkiller, it was nothing, I was OK. As the lies spilled out of my mouth, I felt so helpless and alone. Because of hospital errors losing my blood tests twice, by the time they took the next test, the fentanyl was out of my system. I thought I had dodged a bullet, but in reality, this was the beginning of the end.

This near-death experience didn’t stop me from using – I even went back and snorted the remaining suspect pills. I needed to use to live and lived to use. My life was spinning out of control. The ER report went to all my doctors, and I knew I would soon be kicked out of pain management. I tried get clean on my own, but as any addict knows, going it alone never works. I was soon ordering exclusively off the dark web.

Because it’s not regulated in any way, it’s impossible to know what’s in these pills, and it became obvious to everyone I was using. I was nodding at work, getting dope sick, running back and forth to the post office to see if my delivery had come in. I started fantasizing that my overdose had been successful, and I had never woken up. I didn’t want to live like this anymore.

My husband started to pull away to protect himself and would no longer make excuses for me. I isolated even further, consumed with loneliness, shame, and despair. I had maxed out my credit cards for cash advances to buy bitcoins to the tune of $50,000. I knew it was just a matter of time until I got fired and lost my husband and son. I was out of drugs, money, and time. I couldn’t imagine life without my family and started to plan a final overdose to end it all. If I was no longer a wife, mother, and successful businesswoman, who was I? Just some washed up drug addict who had no reason to live.

I guess this was my “bottom.” There was no way out. In desperation, I came clean to my therapist. He mentioned rehab as a possible solution. I had honestly never thought of rehab – I believed I had lost my battle with addiction. Rehab was my last and only hope. I had nothing left to lose and decided to give it a try.

So at the ripe old age of 49, I went to rehab. I was worried when I went that I would be the oldest woman there, aka “the dinosaur.” I was surprised to find many women there were in their 50s and 60s. I learned that addiction is an equal-opportunity disease, and it doesn’t discriminate on age, race, socioeconomic status, or sexual identity.

According to the Center for Disease Control, out of the 47,600 opioid overdose deaths in the United States in 2017, over 19,000 were from people over the age of 45.  Drug overdose deaths continue to increase in the US among men and women of all races and ages, and two out of three overdose deaths involve an opioid.

From 1999 to 2017, almost 218,000 people died in the US from overdoses related to prescription opioids, and overdose deaths involving prescription opioids were five times higher in 2017 than in 1999. Even with new guidelines for prescribing, in 2017 there were still almost 58 opioid prescriptions written for every 100 Americans, and the average number of days per prescription continues to increase, with an average of 18 days in 2017.

When these prescriptions eventually run out, many people are hopelessly hooked and start desperately searching for other sources, such as street heroin and fentanyl. Luckily new advances in medical assisted treatment (MAT) and harm reduction have brought hope to those who never thought they had a chance at recovery.

My experience as a woman in mid-life addicted to opioids brought many painful realities to the forefront. Because I was older and had been using for so long, it took a long time for my body to recover and months for my withdrawals to end. It may take years for the dopamine levels in my brain to return to normal. Though I am now 50 years old, emotionally I am a mere teenager, temperamentally stunted from when my addiction began.

My son at 15 was old enough to understand that addiction isn’t a moral failing but a disease. It still broke my heart to tell him that his mother, who was supposed to be the rock he could always depend on, was instead only fragile, shattered human being. I am so lucky that he’s been so supportive of me and my recovery. I ended up quitting my job of almost 18 years to concentrate on my recovery. And though my husband is supportive, it will take years for me to regain his trust.

With the help of Narcotics Anonymous (NA) and a wonderful addiction therapist, I am slowly rebuilding my life. I am almost 8 months clean, and though I am so grateful to be out of the madness of addiction and the endless cycle of searching for, using, and scheming for more drugs to avoid being dopesick. I am far from being out of the woods yet. My addict brain still tells me that when life gets hard, there’s an easy way out from the pain.

I will have this addiction for the rest of my life. In NA it is said that in my addiction I was slowly committing suicide, but addiction is such a cunning enemy of life, I lost the power to do anything about it. I suffer from a disease for which there is no known cure. It can however be arrested at some point.

On most days, I try to look forward to becoming a productive member of society. I want to know the freedom of living a life without fear. As an older woman who has made it through the other end of addiction, I want others to know that there is hope. As they say in NA, if you are willing to make the effort and take certain steps, recovery is then possible.

If you or a loved one is struggling with an addiction, here are a few of the resources available to help on your journey to recovery:

Rebecca M is a writer and editor from Boulder, Colorado. 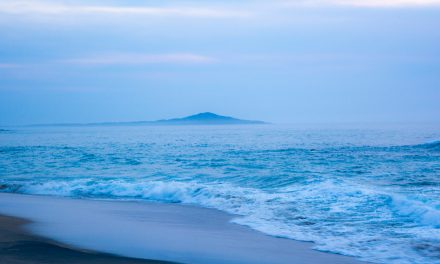 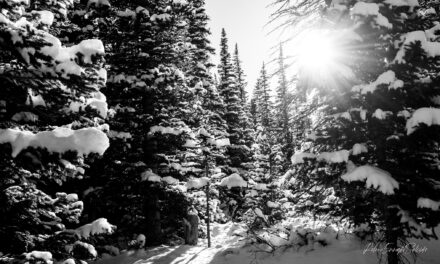 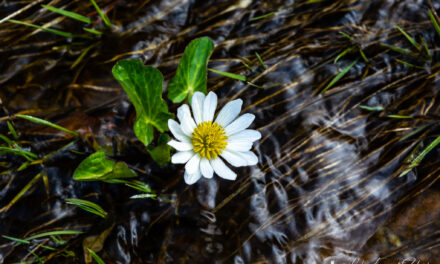 Letters from Renée: Loving Beyond Dementia