Going Somewhere: We Are All Connected 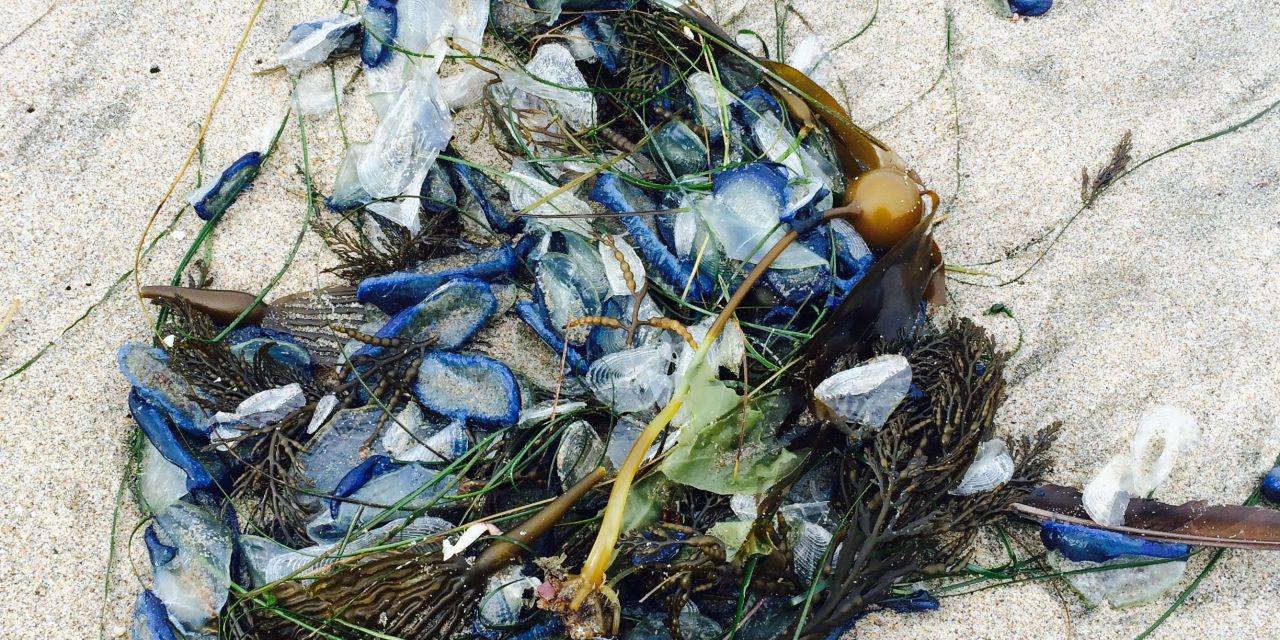 I can remember many tear-driven hikes and moments in the mountains where solitude and the earth provided me with something human beings could not. The branches of trees, the scent of pine needles, the musky undertow of decaying leaves, the impossible blue sky and the sound of the wind singing comforted and tethered me to my own life.

We have a train that runs through town here and in the warmer months, when the windows are open we can hear the whistle blow and sometimes that whistle blows loud and long and other times it’s a short sharp warning and I like to hear the rumble of the train cars as they roll along the tracks. Some complain about the sound, but for me, the sound is comforting, like a distant lawnmower on a summer afternoon or a football game on the television on a crisp autumn day. The train has been somewhere and is going somewhere and it has not yet arrived.

And now, even though the windows are shut tight against the cold winter air, we have the sound of owls. I woke up this morning and though I had not looked at my watch yet, I would later learn it was 4:30. My husband turned towards me and whispered, “can you hear the owls?” It sounded like courtship and the sounds were comforting.

I don’t know much about owls. I know that when they fly, the breadth of their wings is spectacular and wide, and I know that children dissect owl pellets to understand the food chain, astounded at finding entire skeletons. Owls like seclusion, and they like to be left alone. I, too, like my share of seclusion and moments where I don’t like to be disturbed. I like living in a place where owls nest. I like living in a state where owls, coyotes, deer, marmot, elk, mountain lion, bear and moose are accessible.

I moved to Colorado in 2010, feeling pulled as if by a magnet, only knowing that I wanted to be in the midst of the mountains and live more life outside and wanted to surround myself with others who felt the same spiritual peace when immersed in the woods on a hiking trail. I was 51 and my move was the biggest adventure of my life with the exception of the birth of my two extraordinary daughters. I felt so young and free driving through the density of Ohio, Illinois and Indiana and when I hit Iowa, the rolling hills and endless miles of farmland, burdens I hadn’t even known I still carried were lifted and I began my new life weightless.

That drive across the country in 2010 reminded me how vast our world is. The road was always changing.

I moved to a townhouse at the base of the foothills in Boulder, and walked, ran and hiked daily. Sometimes more than once a day. My best thinking has always been while silently moving along a dirt trail and one day soon after I moved, I huffed and puffed my way up the hogback across the street and came to a high point where I sat and looked east, across the plains, seeing for miles and miles. Life slowed and I inhaled.

I can be anxious and self-calming has been a lifelong learning experience. Sitting on a rock that day, hearing only the wind, without a flock of others bearing down on me, I understood how my move had gifted me with more than mountains. My move had dropped me into the midst of nature, and her glorious silence, her immense skies, and the animals who lived just outside my door. I had not known the full power of the daily presence in vast outdoor space to soothe my soul.

When my previous marriage of 18 years had ended, I began hiking alone. Those hikes involved a smashing intensity of purpose and a desperate attempt at letting go of depression, anger and fear and included chaos in my head at the start of each solo journey. I was once a fast and steady hiker and the only thing that held me back at times were steep slabs or rock with nothing to hold onto for balance or rickety ladders that led up a rocky too difficult to climb.

I’ve slowed down. I needed to slow down. I liked slowing down. I see and hear things that I once was oblivious to.

My brother, his wife and their 16 year old granddaughter were hit by a drunk driver on New Year’s Day who was driving without her headlights on. Rich has two broken femurs, countless other injuries, was intubated for almost three weeks, remains unconscious, and his wife lost her spleen and their granddaughter has a head injury.**

My brother almost lost his life in October after heart troubles led to a near fatal allergic reaction.

We are not close, differing in world view, politics, and lifestyle, but he is my brother, my first childhood playmate, there is a bond that distance, time and difference cannot eliminate. He is a kind and gentle soul and has had more than his share of difficulty and I think, he has cheated death twice now.

The pain I hold in my palms, as tenderly as possible, is the ragged pain of my parents. You cannot know real fear until you have children.

My parents have, in three short months, been notified twice that their son’s life is being threatened and have endured seconds, minutes, days, weeks, an eternity of fear that he might not make it.

This is not the natural order.

I recently returned from a business trip to Salt Lake City. The trip was to provide training at a trade show and the work was both rewarding and exhausting. I was walking back to my hotel for a quick mediation break, a moment of quiet before the evening’s events. As usual, my brain was full and my head was spinning with the conversations of the day and what was to come, when an unusual sound pulled me from my thoughts. I heard a pounding sound, but couldn’t place it until I noticed a woman a few feet in front of me.

Her clothing was dirty and torn and she did not wear socks. She held a large rock in both of her hands and was using it to flatten a can. There was a bent and wobbly shopping cart next to her that held what looked like the beginning of her day’s work. She did not notice me when I walked by.

I only got a few feet past her before I turned around. I could not un-see her. I could not pretend she didn’t exist. I approached her with a $20 in my hand and she did not notice me standing next to her so I said, ‘excuse me’ twice before she looked up. Her eyes widened and I imagine mine did as well because at that moment, we were one person. We were both wearing our suffering.

Her eyes filled with tears, but I could feel a growing full-fledged sob in my throat so I turned around and cried my way back to the hotel.

I was profoundly reminded that we are all connected. We all touch the same earth. The owls, this homeless woman, my feet, your feet.

I can remember many tear-driven hikes and moments in the mountains where solitude and the earth provided me with something human beings could not. The branches of trees, the scent of pine needles, the musky undertow of decaying leaves, the impossible blue sky and the sound of the wind singing comforted and tethered me to my own life.

I have not been sleeping well and this troubles me, but the sound of the owls remind me how large this life thing is, how we all run together like water colors bleed together on paper and it grounds me in the universe, as did the eyes of a homeless woman on the streets in Salt Lake City.

Like the train that runs through town, I have been somewhere.

**Originally published in 2017. My brother, his wife and granddaughter have, after many months of uncertainty, recovered. 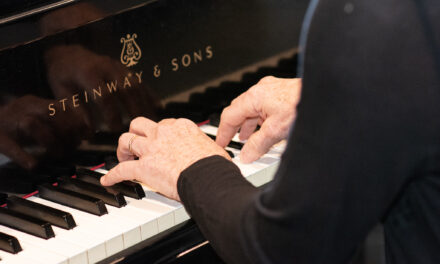 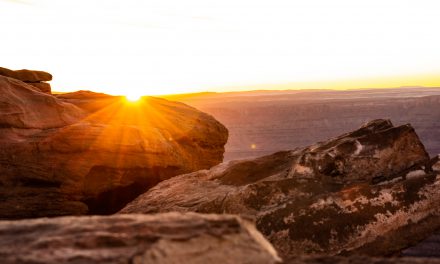 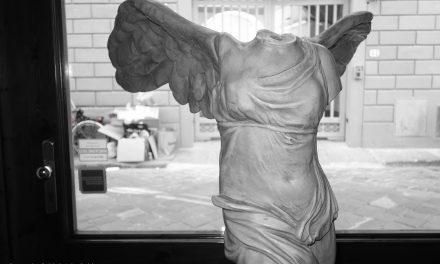 Give Yourself Permission: Stay Open to Possibilities 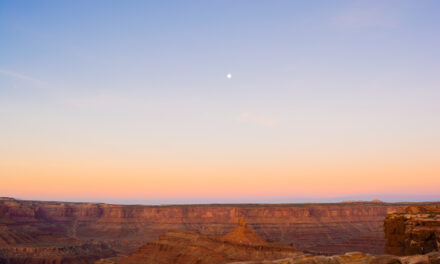 The Adventure of Retirement Planning: What Will Your Life Look Like?